Thousands to head for the coast as dreary May turns Mediterranean 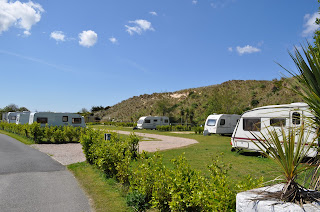 With red, white and blue bunting already in place in towns and villages across Britain, virtually all of the country will have clear blue skies and unseasonably high temperatures today and tomorrow, from northern Scotland to southern England.

Yesterday was the hottest day of the year so far, with the mercury hitting 28.5C (83.1F) at Hurn near Bournemouth, nearly double the May average temperature for England of 15C, and hotter than Barcelona, Athens and Casablanca.

Although top temperatures today may be fractionally lower, at about 25/26C, roads to the coast will be packed and beaches will be crammed as millions of people go in search of the sun in the first weekend that feels like summer. In some parts of the country, train companies are gearing up for an increase in passengers of up to 25 per cent. 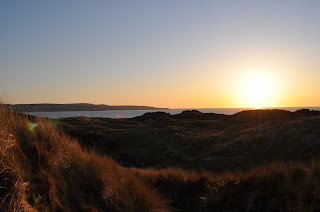 The AA is expecting a major increase in traffic on routes to the coast and is putting on more breakdown patrols. For every degree the temperature rises above 23C breakdown calls rise by 2 per cent, the AA says.

In its latest briefing on the drought, which is still affecting much of south-east and eastern England, the Environment Agency said this week had been the driest since the end of March. Just 2mm (0.08 inches) of rain or less fell in south-east England, while 9mm was recorded in the north-east and north-west. River flows have decreased from high levels seen during weeks of rain and are now normal for the time of year, while the warm, sunny weather following the rain has prompted lots of plant growth, which means soils are drier than normal. 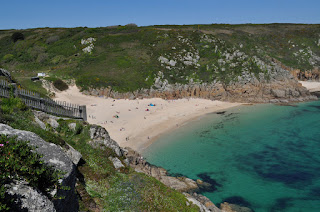 Bookmakers are experiencing a surge in weather-related bets – William Hill has seen a 500 per cent increase, with the most popular bet being for temperatures to top 100F in 2012, at 8/1. And retailers are expecting a sales boom in all the outdoor goods they stocked up on in March and were stuck with through the subsequent cold and wet – from new season fashion, beachwear and sportswear to garden equipment and barbecues. Sales of outdoor food and drink, from burgers and sausages to sparkling wine, are also set to explode.

It feels like the perfect rehearsal for the four-day national party marking the Queen's Diamond Jubilee at the end of next week, and while the chances of the ideal weather repeating itself are not guaranteed, the intermediate-range forecast is promising, with warmth and sunshine likely to return after a mid-week blip of some cloud and rain.

This weekend, however, will be an unblemished golden one, the climax of an extraordinary fourth week of May which has seen a complete weather turnaround from the grey chill of the first three. An area of high pressure to the north and east of Britain has brought an enormous stream of warm air in from the Continent. 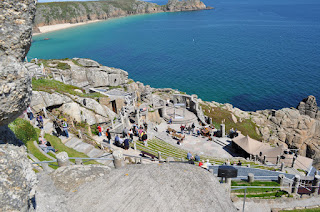 The burst of warmth has done wonders for wildlife, most notably bringing basking sharks, the world's second largest fish (which are harmless to humans), close inshore on western coasts, especially in Cornwall and the Isle of Man.

In the west, the sharks' arrival is increasingly seen as a true mark of the start of summer (and it supports a nascent shark-watching industry). "We've had 28 sightings in the last week," said Eleanor Stone, marine officer of the Manx Wildlife Trust. "People are talking about it, saying the basking sharks are here, so summer's arrived."

Near Land's End, the Cornwall Wildlife Trust will be running a session today for volunteers for its 2012 basking shark observation project and the trust already has stunning photos of this year's sightings on its website.
Posted by Coastdale Parks at Saturday, May 26, 2012