We have a Disney themed weekend 10th & 11th August. Fancy dress our family club
Each child took refuge in a fantasy world when their world is shaken. For me, Disney universe was a “great escape” of childhood. Princesses, dogs, cats, mice, dwarfs, mermaids in this fairyland offered us, the image of cruel reality, but also the hope and desire to overcome the obstacles to happiness. Here is a rundown of my top ten characters for the fancy dress.
10. Peter Pan

The character Peter Pan was born in 1953, inspired by the play of the same name. Peter Pan is the one who taught us to believe that we can fly, that we can meet fairy eyed blonde with mini skirt, that we can fight with pirates and we can always visit the land remain forever children – Neverland (a kind of Narnia for the new generation).
09. 101 Dalmatians

There are many and noisy, but remain the most adorable puppies created by Disney. 101 Dalmatians, created in 1961, put Disney animators to work seriously. To draw Dalmatian spots, they imagined their constellation to create a perfect model. In total, 101 Dalmatians have 6,469,952 spots!
08. Pocahontas

Winner of two Oscars, the animation Pocahontas takes us to the beginning of the seventeenth century, when European settlers storm the New World. In the name of the new proclaimed government, to head the so-called wild, the population (so-called) civilizations desolate them not only natural resources, but cultural heritage. With an impressive love story against the background of major historical changes Pocahontas animation is worth visiting at any age.
07.  The Jungle Book

Jungle Book came to theaters in 1967, the last film produced by founder Walt Disney, who died before launch animation. Jungle Book happy our childhood because sympathetic bear Baloo, Mowgli’s mentor. Certainly the most popular character from Jungle Book, Mowgli Baloo gives a lesson in the play already become famous Bare Necessity: if you know the tricks necessary, you can survive only essential given the nature and have a comfortable life.
06. The Aristocats

Each cat has an exuberant personality, and this becomes evident in Aristocratic Cats. Duchess is elegant and stylish cat, Thomas O’Malley is stray cat and each band member of Scat Cat has a specific cultural trait, since it is Shun Gon is Chinese, Hit Cat is British and Peppo is Italian.
05. Snow White and the Seven Dwarfs

In 1939, Walt Disney was awarded with an honorary Oscar for Snow White and the Seven Dwarfs in gratitude for “significant innovation which has charmed movie millions and opened new roads in the area’s entertainment”. Animation from the fairy tale inspired by Brothers Grimm bring to founder Walt Disney earned an Oscar statuette created for him.
04. The Little Mermaid

Based on a story by Hans Christian Andersen, Little Mermaid marked the beginning of the period known as Disney Renaissance. Launched in 1989, winning two Oscars animation tells the story of Ariel, a mermaid rebellious 16-year ground of curiosity to know the surface world. The compromise made naively trying to find great love Ariel brings our world full of danger, betrayal and wiles.
03. Beauty and the Beast

Children and adults were in love with Belle – from modest and good-hearted, the beast – man disfigured by their own selfish ego, Gaston, Lumiere, Cogsworth and Mrs. Potts. A beautiful love story, memorable characters and an urge to dream music. Not for nothing was called the most beautiful love story ever told.
02. Mickey Mouse

Bambi is adorable, the first experiences, feelings and dangers facing the forest are shown in her big eyes of deer. Thumper Bunny is a character as well defined and very funny. The hunter who appears for several seconds and kill Bambi’s mother was included among the worst villains! I do not remember to have cried so much watching an animation as I did when I first saw Bambi. 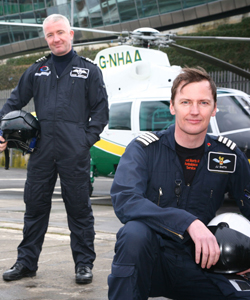 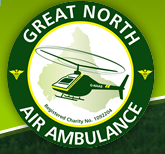 Country and Western themed weekend in the family club. 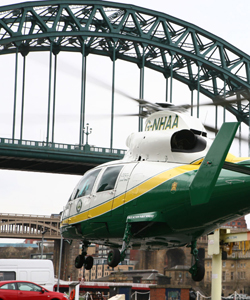 The Great North Air Ambulance Service (GNAAS) is a charity operating a fleet of helicopters across an area of 8,000 square miles, from the Scottish Borders to North Yorkshire, from East Coast to West. Our helicopters can be anywhere in the region in fifteen minutes. On board are specialist trauma doctors and paramedics, bringing Accident and Emergency expertise to the scene, giving the patient the best possible chance of recovery. We are continually examining our methods to ensure that the patients can continue to expect this level of service.
To give you some indication of our need for your help, it costs £2,500 per mission to fly, regardless of whether or not the patient is airlifted. This figure takes into account the cost of the aircraft, its storage and fuel, paying the pilots and the paramedics, the medicine, and other equipment. Our crews respond to hundreds of call-outs a month and to satisfy this demand it takes about £4m a year in fundraising. To further emphasise the necessity of your support, the service does not receive any Government or National Lottery funding and therefore relies on the support of the public to continue its work.
The Great North Air Ambulance Service –
we need your help today, will you need ours tomorrow? 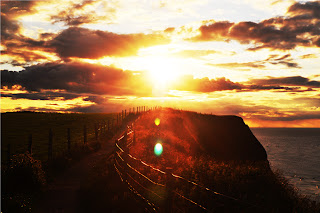 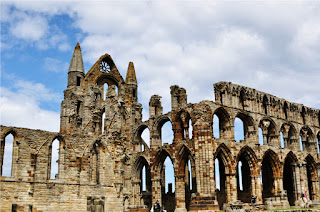 Whitby Holiday Park Dog Show
Dog show 26th August.  There is a verity of categories for customers to entry their dogs. 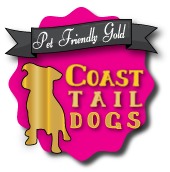