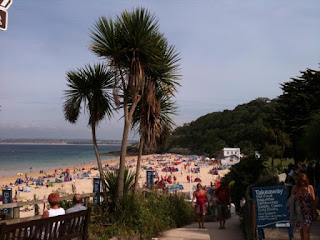 The Met Office 3 month forecast suggests that the same pattern which brought the cold weather could also bring a welcome heatwave by the end of spring.
Just a nudge to the south will mean winds come in from much warmer parts of the Continent. Even if that does not happen, as the interior of Europe warms (including Scandinavia) it will mean that the UK enjoys much warmer weather and will be protected from westerly gales.
The forecast reads: “By late spring, blocking patterns can bring warmer-than-average conditions to northern Europe and the UK.”
Dr Liz Bentley, of the Royal Meteorological Society, said the “blocking pattern” that has caused cold winters and springs in the UK recently has been blamed on climate change as melting Arctic ice could have caused the high pressure to move south – just north east of Britain. 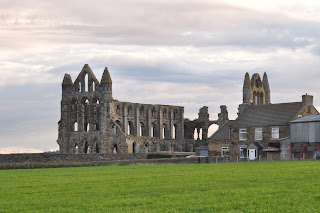 She also said the pattern could mean a warmer spring.
She pointed out that last year’s warm spring was caused by a similar blocking pattern, except it was a littler further south.
It is unlikely March will break the record of 1.9C in 1962.
Looking back at weather history -
Heatwaves · Droughts 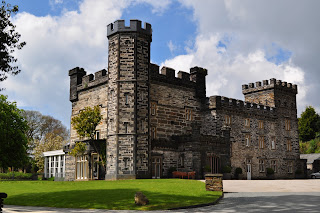 The United Kingdom heatwave of 1911 was a particularly severe heat wave and associated drought. Records were set around the country for temperature in England, including the highest July temperature of 36C (97F) in Epsom, Surrey, only broken 79 years later in the 1990 heatwave.
The UK drought of 1955 and associated heatwave were a set of severe weather events that occurred over all parts of the country. The drought was the 7th worst drought in Yorkshire, and worse than the famous 1976 drought and heatwave in the region. The drought followed a period of extremely wet weather previous to the event, limiting the effects. However, the usual impacts were seen with water levels and the water table dropping and reservoirs running low.
The 1976 United Kingdom heat wave led to the hottest summer average temperature in the UK since records began. At the same time, the country suffered a severe drought.
The 1990 heat wave in the United Kingdom was a particularly severe heat event with temperatures hitting record highs of 37.1°C on 3 August. The temperature was recorded at Nailstone, Leicestershire, and was a full degree Celsius above the previous record, set in 1911. However, this record was subsequently broken in the 2003 heatwave.
The United Kingdom in general was suffering from a warm summer with temperatures well above average. However, Atlantic cyclones brought cool and wet weather for a short while at the end of July and very beginning of August before the temperatures started to increase substantially from 3 August onwards. Several weather records were broken in the United Kingdom, including the UK's highest recorded temperature 38.5 °C (101.3 °F) at Gravesend in Kent on 10 August. London also recorded 38.0 °C (100.4 °F). Scotland also broke its highest temperature record with 32.9 °C (91.2 °F) recorded in Greycrook in the Scottish borders on 9 August.[23]According to the BBC around 2,000 more people than usual died in the United Kingdom during the 2003 heatwave.
The 2006 European heat wave was a period of exceptionally hot weather that arrived at the end of June 2006 in certain European countries. The United Kingdom, France, Belgium, Netherlands, Luxembourg, Italy, Poland, the Czech Republic, Hungary, Germany and western part of Russia were most affected. Several records were broken. In the Netherlands, Belgium, Germany, Ireland, and the UK, July 2006 was the warmest month since official measurements began.
The Spring of 2011 in the United Kingdom was exceptional for the warm weather which occurred during April and the dry weather which was persistent during March and April in certain parts of the UK. April was statistically the warmest and driest in the country since records began in 1910. There was a contrast between north-western parts of the UK which received substantial amounts of rainfall and south-eastern parts which received very little. As lack of rainfall continued in many parts during May, concerns arose that the country could submit to drought.
High pressure was the cause for the warm, dry weather experienced during April. A high temperature of 27.8°C was recorded on 23 April at Wisley, Surrey, the highest temperature recorded in April in the UK since 1949. Thus, the Central England Temperature for the month was 3.7°C above the 1971-2000 average, and daily maximum temperatures were up to 6°C higher than average.
The Autumn 2011 United Kingdom heat wave was a period of unseasonably hot weather which arrived towards the end of September 2011 and continued into October. As a result, record high temperatures for the country were broken for the autumn months. The Autumn heat wave followed the warmest temperatures to occur on record in the Spring, but also the coolest temperatures to occur in the Summer months since 1993.
The March 2012 United Kingdom heat wave was a period of unseasonable warm weather with temperatures getting above 20 °C (68 °F) in many places. The average temperature for this time of year in the United Kingdom is 10 °C (50 °F). Aboyne, Scotland, recorded a temperature of 23.6 °C (74.5 °F) on 27th March, the highest March temperature in Scotland since records began.
Historically when britain has a colder than normal March, April & May tend to be on average 22°C and 6°C over the national average. Years when this weather system happens see an above average summer.
BOOK NOW FOR SUMMER

Email ThisBlogThis!Share to TwitterShare to FacebookShare to Pinterest
Labels: photos, holidays Coastdalenetworking.com is proud to announce all our parks have been awarded - MMM Premier Park 2012 status