The Most Spectacular Springs In Decades 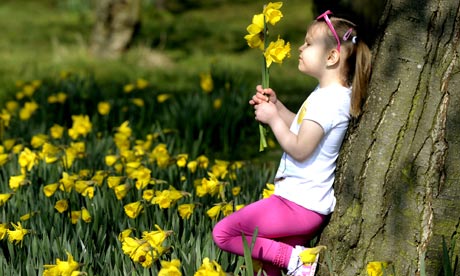 Four-year-old Kadie Lane scents spring in Shiremoor, North Tyneside, on Saturday. Photograph: Owen Humphreys/PA
The warmer weather which is expected this week could herald one of the most spectacular springs in decades, with the arrival of migrant birdsand the mass emergence of insects, blossom and spring flowers, say naturalists.
But the prolonged winter may also have exacted a terrible toll on wildlife, with many birds, animals and plants perishing after months of bitter winds, limited food and repeated heavy snowfalls.
"The main pulse of southern migrant birds, such as swallows and housemartins, should arrive this weekend," said Matthew Oates, a naturalist with the National Trust. "The winds are at last in the right direction. There are reports of a lot of chiffchaffs in the Channel Islands. They may be stuck there." 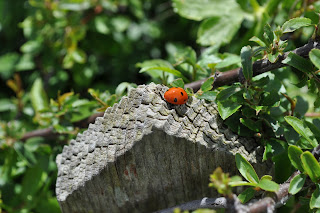 Late springs are not unusual, but 2013 has been exceptional because of the unremitting cold.
"This is stretching my experience," said Oates. "Frogs have only just started turning up. Even in 1996 they had done their thing by the end of March. This is quite remarkable. The insects still haven't got going, but as soon as it warms up the midges and flies should be out. The bigger insects still haven't started."
Some ornithologists fear that tens of thousands of migrant birds which feed on the wing off insects and usually reach Britain by the start of April may have arrived and died.
"We're actually not sure where they all are," said Grahame Madge of the RSPB. "Possibly many have already arrived and perished. Or they may be hanging around waiting for the right conditions.
"Migrant birds like swallows, housemartins and willow warblers travel thousands of miles from sub-Saharan Africa to get here and use up all their fuel. When they arrive they are exhausted: they have probably lost half their body weight and are right on the edge of survival. If they arrive and there are no insects to feed on, they are in big trouble.
"We could be looking at a bleak picture. Swallows should be here by now to the point where the casual observer sees them in parks. But we're a long way from that. The evidence is that some of these birds have arrived but perished."
Reports of 11 stone curlews found dead in Norfolk last week, and others seen feeding on beaches, suggest that many birds are now desperate for food. The rare birds, who number only around 400 pairs in Britain, overwinter in Spain or North Africa and feed off spiders and other insects.
"If the birds have any sense they will have waited for the weather patterns to shift. They may take a cue from a few warm days. We could get a mass arrival. If this weekend coincides with a mass emergence of insects, those that have arrived could be the lucky ones," said Madge, who advised people to continue putting out bird food in their gardens.
Other wildlife is said to be on a knife-edge and desperate for warmth and food. Butterflies, struggling after one of the wettest years ever in 2012, have barely been seen. Humans have also been affected by the long winter and are close to their natural limits after many months of dull, cold, wet weather, according to Berkshire eco-psychologist Vivienne Bonnett. "This long winter has made us all feel lethargic. We find it hard to move on in our lives. People haven't even started spring-cleaning. All living creatures, including humans, need a sense of renewal, of getting rid of the old and finding the new. We have all had a terrible year, which has been bad for health. We all need to move on."
Oates of the National Trust is optimistic that this week will see the real start of spring: "Early spring often ends in tears. There is a long record of good summers following late springs. I love a late spring. It's all the sweeter after a long wait." 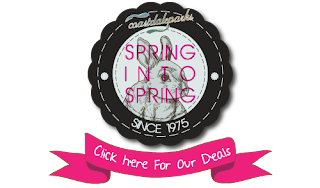 Email ThisBlogThis!Share to TwitterShare to FacebookShare to Pinterest
Labels: photos, holidays Coastdalenetworking.com is proud to announce all our parks have been awarded - MMM Premier Park 2012 status, John Vidal, Sunday 14 April 2013, The Observer