Blue Flag awards given to 55 beaches in England


More than 50 English beaches have met tough new EU standards to receive Blue Flag awards, recognising their high standards and water quality.
Thanet in Kent won eight awards, while the Isle of Wight, Bournemouth and Poole in Dorset, and Torbay in Devon each received four awards.
Campaign group Keep Britain Tidy runs the awards scheme in England.
The 55-beach total is down from 79 in 2012, but this year beaches were subject to much tougher standards.
'Town asset'

They had to meet the new "excellent" standard required under the new EU Bathing Waters Directive.
Beaches also had to advise users where they could obtain real-time information on discharges from nearby combined sewage overflows if it could temporarily affect the quality of bathing water.

Other well-known beaches awarded Blue Flags this year included Central Beach in Skegness, Lincolnshire; Lowestoft South Claremont in Suffolk; Martello Bay at Clacton-on-Sea in Essex; and Whitby in North Yorkshire.
Westward Ho! beach in North Devon was awarded a Blue Flag for the 10th year in a row.
A further 133 beaches in England were rated clean enough to be awarded Seaside Awards - formerly known as Quality Coast Awards - by Keep Britain Tidy.
The Isle of Wight won the most awards nationwide, with a total of four Blue Flags and 13 Seaside Awards.
Richard McIlwain, Keep Britain Tidy operations director, said: "Keep Britain Tidy campaigns to improve the quality of our local environment and we know that communities up and down the country love their beaches and understand what an asset they are for their towns' economies. 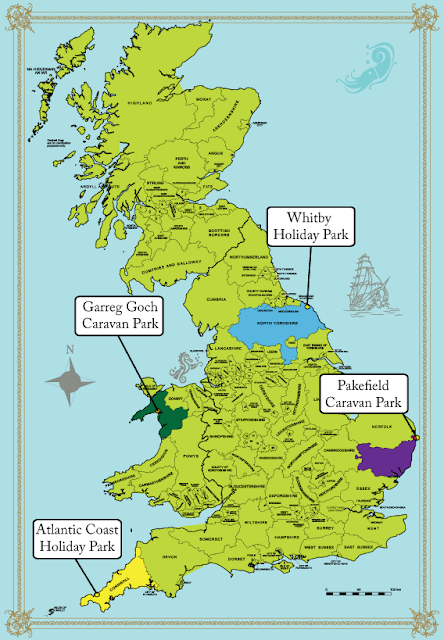 Holidaymakers and day trippers want to visit clean, safe beaches and the sight of the Blue Flag or Seaside Award flying gives them the reassurance that they will."

Email ThisBlogThis!Share to TwitterShare to FacebookShare to Pinterest
Labels: photos, holidays atlantic coast, Coastdalenetworking.com is proud to announce all our parks have been awarded - MMM Premier Park 2012 status, seaside, Static Caravans for Sale